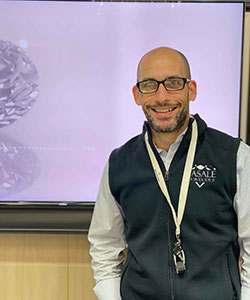 A Staten Island businessman who believes in giving back to the community, Cory Schifter has been owner of Casale Jewelers in Dongan Hills since August 2009.

A family business started by his father under the name Independent Jewelers in 1986, Casale Jewelers is known for its large selection of fine jewelry, designer brands, engagement rings, certified diamonds, custom-made jewelry, watches and more.  Casale has become a household name on Staten Island.

When Mr. Schifter isn’t helping loyal customers pick out the perfect gift or pop the question, he’s raising money for charity.  He’s raised more than $100,000 for local charities through an annual comedy night that is part of Casale Jewelers’ annual “Race for the Ring,” a yearly competition where one lucky couple walks away with a $10,000 engagement ring.

Mr. Schifter has won numerous awards and citations for both his business savvy and charitable endeavors.  He was featured on NY1 News “Got it Made in New York” for Casale Jewelers’ unique custom design business, which is located inside the shop.  In addition, Casale Jewelers was recognized by American Express and Facebook in 2012 as one of the top five small businesses in the nation.